I’m finally done sorting through the pictures from the bike trip Jamey and I took in the San Juan Islands. I take a shitload of pictures every vacation, mostly because I’m not happy with the “automatic” setting on my Canon PowerShot A630. I ended up filtering a lot of them when I decided which to post to my picasaweb album, and now I’m filtering them further to present my favorite trip pictures here: 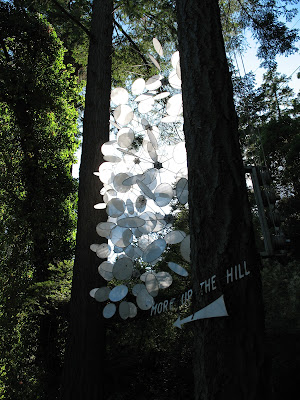 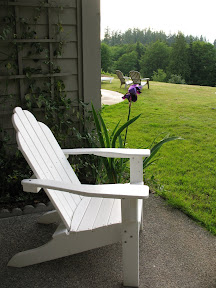 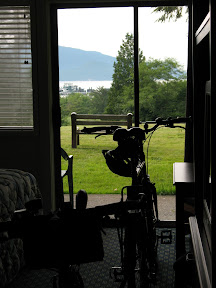 Views from our hotel room at Anacortes, Washington. The hotel clerk suggested we keep our bikes in our room. 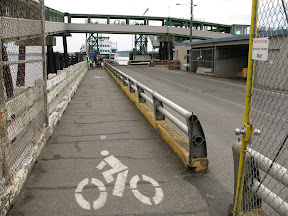 a
Bike lane at the Anacortes Washington State Ferry terminal. They let bicyclists on before the cars board, and bikes get off first. 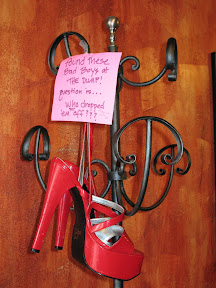 These pair of high-heels were hanging on a coat rack in an eclectic coffee shop in Lopez Village. The note says, “Found these bad boys at the dump! Question is…who dropped em’ off???” 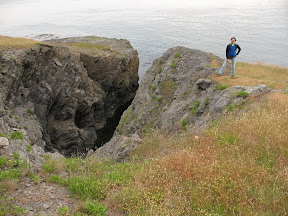 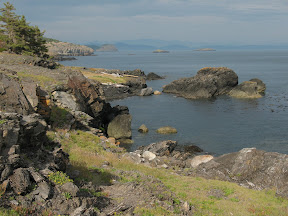 Coastal views of Iceburg point on the south shore of Lopez Island. 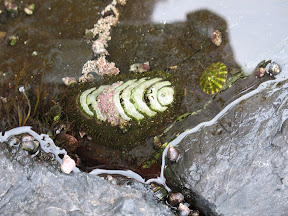 Anyone know what this tidal creature is? The sides feel mossy, but I think it’s some sort of mollusk. 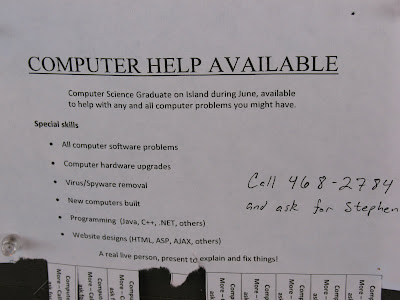 I’d love to have someone solve *all* my software problems. 😉 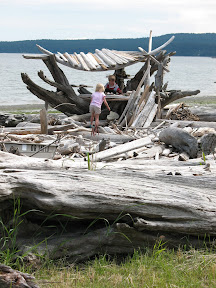 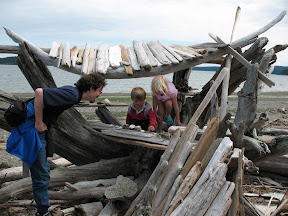 Some children were playing in a store-front made of driftwood. Jamey stopped by to look at the small, medium, and large crab shells they had for “sale”. 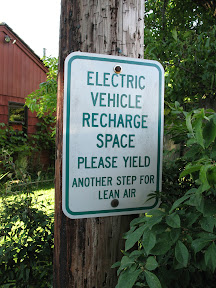 This sign was on Orcas Island. I’m really amazed such a remote location has electric cars! 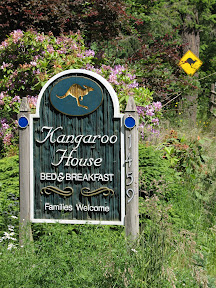 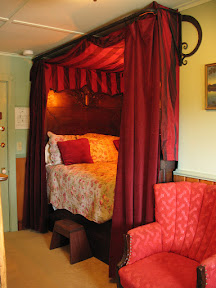 I splurged for our anniversary and booked the Nuthatch room at the Kangaroo House B&B. It had a canopy bed! 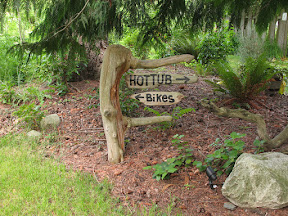 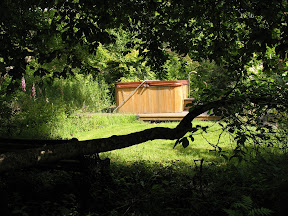 The Kangaroo House had an awesome garden with a secluded hot tub. 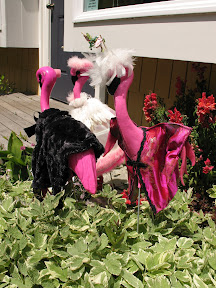 The sign by these flamengoes said, “You’ve been flocked!” 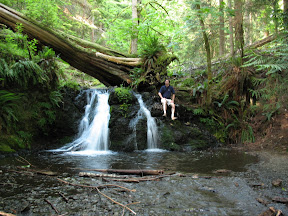 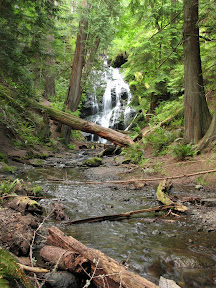 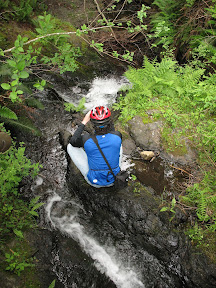 Jamey forgot to take his helmet off when he crawled under the bridge to take this picture. 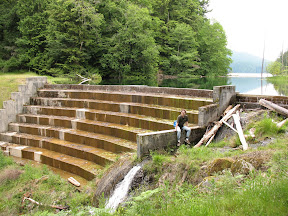 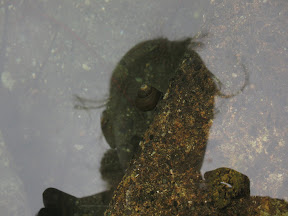 The picture on the left is a dammed lake in Moran State Park. I really wish I had a wide-angle lens to capture the whole scene. The picture on the right is pure artistic folly. “Oh, look, I can see my reflection and make myself have a snail-eye! My loose hair almost looks like snail feelers!” I had fun taking that picture. 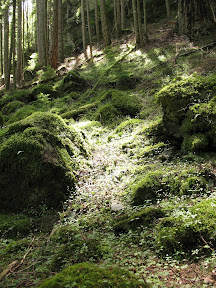 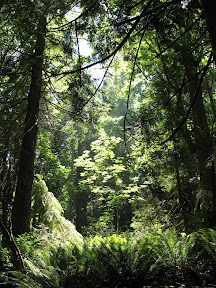 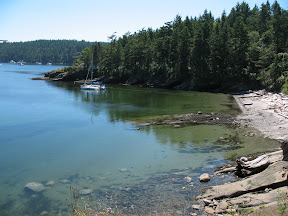 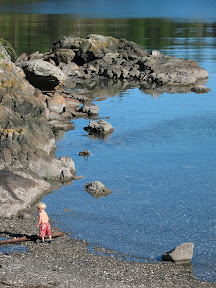 Sailboat at Sucia Island (left) and child playing by the rocks at East Sound (right).

We were too tired to ride our bikes up the steep hill to explore the artist’s studio in Eastsound. Instead we just admired their road-side art. This was a bunch of large semi-transparent pinwheels on 5 separate cables. Watching them twirl in the wind was fascinating; taking a picture with such high-contrast was difficult.