END_OF_DOCUMENT_TOKEN_TO_BE_REPLACED

I have become the official blogger for the Portland State Aerospace Society (PSAS). If you haven’t heard about PSAS, watch my five minute Ignite Portland 2 talk and follow along with the sides.

In this PSAS weekly episode, I talk about the rocket airframe and the software for the avionics sensor nodes.

Tim showed off pictures of his setup for creating the light-weight fiberglass shell that goes around our rocket: 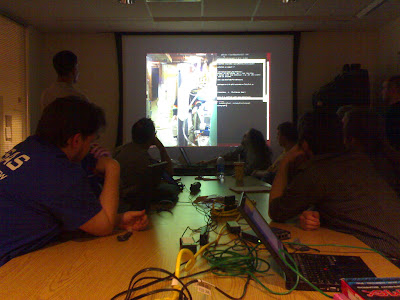