This past weekend, my Grandma Bailey turned 80. My family took my grandma to Lincoln City to celebrate. It was a wonderful trip, and it felt good to spend time with my family. 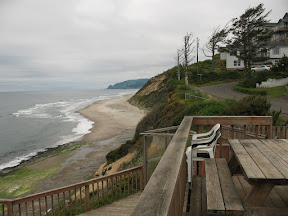 More pictures below the cut.

We rented the Anchor House. It was originally built in 1907 as a lookout for u-boats (submarines). It has a crazy loft bedroom that is only accessible by a shaky ladder. Needless to say, my grandma did not sleep up there. There were two other bedrooms, two bathrooms, a kitchen, living room, and breakfast nook. I would recommend it to friends, although it is a bit expensive. 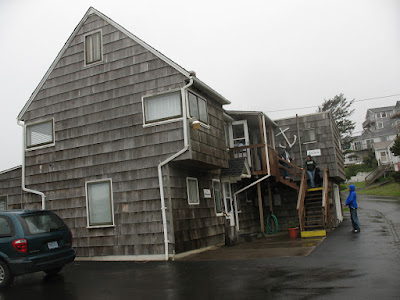 It’s an unassuming exterior, but the view from the back deck is awesome! 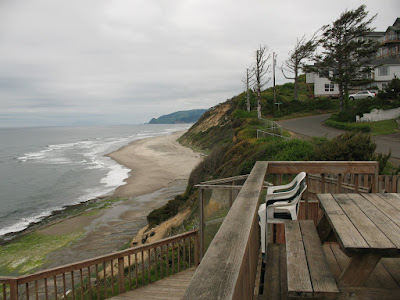 There was an enclosed hot tub that overlooked the beach. It was wonderful to relax in. After a long soak, we didn’t feel cold on the way back to the house. 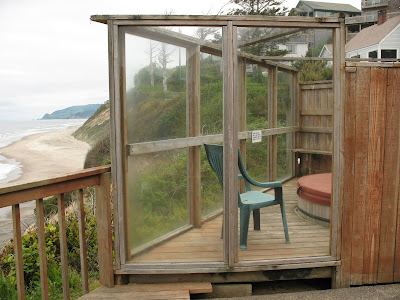 The houses in this neighborhood are right at the edge of the cliff, although an original picture in the house shows there was a lot more land 100 years ago when they built the house. 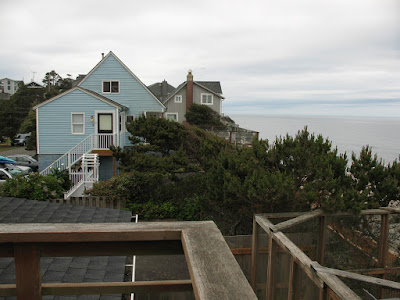 The Anchor House and its neighbor share a boardwalk… 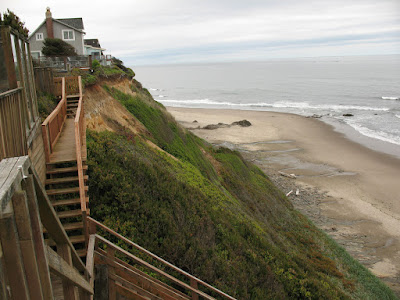 …which leads to some crazy stairs down to the beach. 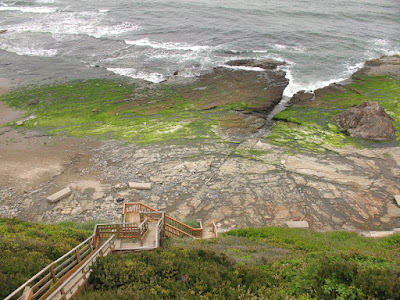 Jamey, Nikki, Mom, and I worked up the courage to walk down the steep stairs. 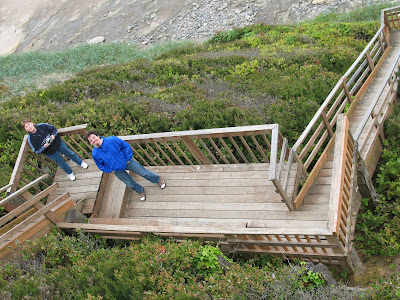 The final part of the stairs included an aluminum ladder with a broken bottom rung. Mom and Nikki decided to look at the beach from afar. 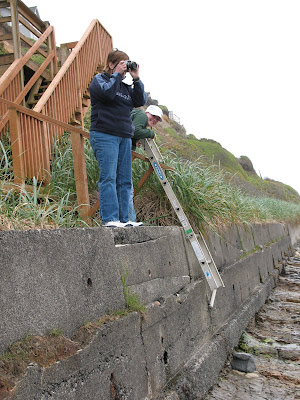 Jamey and I were brave and explored the beach. 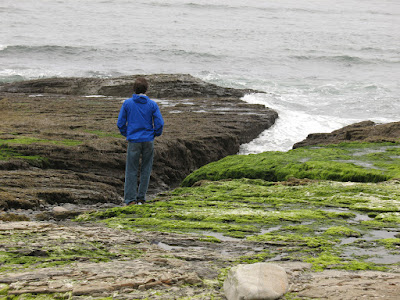 I liked the rock formations and the way the water weathered the stones: 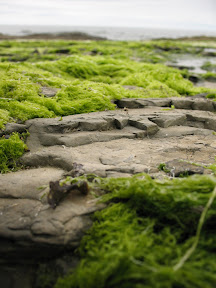 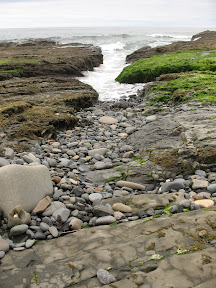 All too soon, my mom was calling us to come up the stairs.

The next day, we drove to Depot Bay. A sign claimed it was “The World’s Smallest Bay”. The entrance to the bay was very narrow, and would be difficult to navigate when the water was rough.

The shops in Depot Bay carry lots of trinkets and knick-knacks. They have close-packed, tall racks of clothes, which I nicknamed “the t-shirt forests”. Jamey and I were bored, although we saw a couple interesting things. 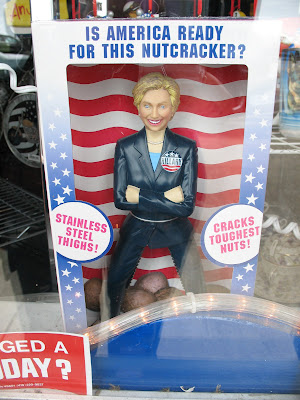 This Hilary Clinton nutcracker was funny, but oh-so-not politically correct. I was slightly offended by it. It’s a sad sign when our society can’t simply accept strong women for who they are. 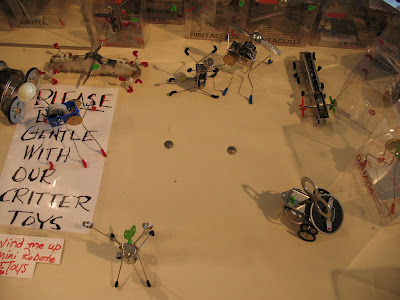 Jamey and I spent some time trying to figure out how these wind-up toys worked. We even came up with some design improvements. We’re so geeky. The shop also had hand-tuned wind chimes. They were so soothing, but a little expensive at $300 each.

Saturday night, we played Uno and soaked in the hot tub. Much hilarity ensued when we tried to roast marshmallows over the BBQ grill charcoals. We ended burning napkins, driftwood, and other marshmallows to toast the marshmallows on our pokers. Finally the coals got warm enough. By that point, the carcasses of several sacrificed marshmallows were smeared over the grill. We carefully covered up the evidence with fresh charcoal.

On Sunday, Jamey, Nikki, and I went down to the beach one last time. Jamey was a monkey and climbed on top of the biggest rock he could find. 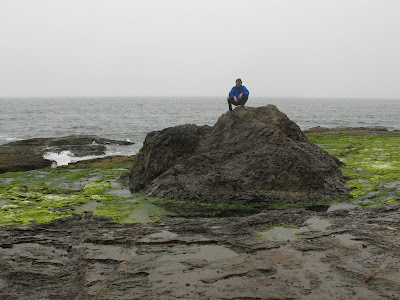 He’s a silly, silly man. And I love him for it. 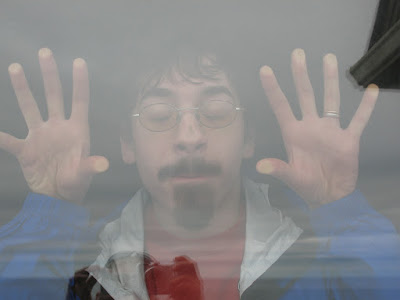 Next time I go to the coast, I will spend more time on the beach and in the forest.